In Memory of Giovanni

After a few weeks of climbing in France I got back to Adana but couldn’t sit still and got on the road to Antalya the next day.. I got used to travelling, couldn’t stop.. I should be going to İstanbul for work at the ultra trail marathon in İznik next week but it would be very nice to climb and spend time with friends in Geyikbayırı, even for just a week..

I was in Geyikbayırı early in the morning.. Met with Öztürk Kayıkçı beneath ‘Freedom is a Battle’ at the Trebenna Sector to shoot  videos. I think I climbed the route 12, maybe more times for footage. Stopped counting after ten.. The shooting session got me into good form so the following days I tried a couple of tough routes I had tried before but failed at. Made pretty good attempts at Trebenna 8b+ at the Trebenna sector but the rope catching my foot as I tried to make it through the roof section really bugged me.. A day and two attempts at the Phoenix 8b+ route were way better than previous years..

I left aside the tougher routes and headed to Mevlana Sector in order to be able to spend time with friends.. But then Öztürk insisted I try the new route he established and the climbing ended up not getting any easier.. This magnificent white collonade which could be the most beautiful route in Geyikbayırı was on all our minds for years but noone had taken a step forward to set it, finally Öztürk Kayıkçı took that leap and bolted the route.. It looked beautiful with quickdraws on.. I eagerly started trying. Did a good one on the first day, but on the second try I fell off the upper part of the route.. I spent the rest of the day trying to take down the large collonade off the route. With the superhuman powers all that kebab gives me I broke the axe I used for clean up along with the collonade.. Spent all my energy on demolition and was really worn.. Finished the day off with dinner with friends, wine and conversation, and into the night mood I went..

I am thrilled.. Couldn’t sleep all night, there was something that drew me to the line.. The next day I warmed up and tried again but fell off the first section.. Didn’t get it.. There was no reason to fall.. Or was there? The third consecutive day climbing, the 1.5 hour walk from the night before, lack of sleep, wine drank at night, the fact that in the evening I was to leave for İstanbul to work at the İznik Ultra Trail Marathon.. Blah blah what the.. These things don’t get to me normally.. I shook over and made another attempt.. Faith got me to the last move of the route in shrieks, fought to the last bit of my strength but the last move just slipped through my hands.. No... Can’t believe.. Had to leave Geyikbayırı to catch my flight..

I’m not going anywhere before I climb this route..

Will make one last attempt..

Risked all and tried to rest my drained body a bit but time was running out, I would miss the flight if I didn’t try again.. I got even more excited as time passed.. I had to drag my body off the ground after less than fifteen minutes of rest but my motivation drew me up. A sip of beer relieved my body and got my mind focused on my climbing, and I started going up the rock.. I fluently rose with the wind and red pointed the route..

I was high with happiness.. Hadn’t been this happy in a while.. The route meant a lot to me but I had to be rocket-fast to the airport.. Quickly said goodbye to my friends and transported to the airport, barely on time for the flight.. Hungry, thirsty, very tired but probably the happiest man in the world at the moment..

Climbing was much more than ascending rock.. Especially this line..

Climbing this route set in memory of our dear friend who lost his life on a mountain accident, Giovanni Quirici means a lot to me.. Man I miss you.. Rest in peace.. 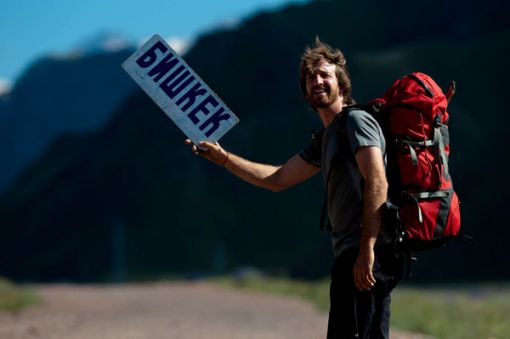 Cesco, me and Gio 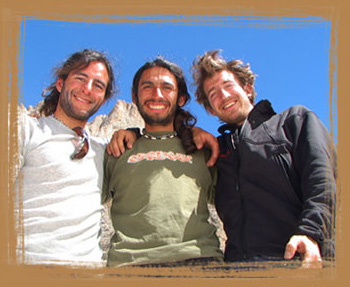